Last week, some listeners heard and decoded MFSK32 transmissions just before and just after VOA Radiogram Saturday at 1600-1630 UTC on 17580 kHz. The source of these transmissions is unknown. This Saturday, please listen (and, if possible, record) on 17580 in the minutes before 1600 UTC and after 1630 UTC to see if the mystery MFSK32 returns.

Last Saturday at 0930 UTC, on 5745 kHz, using the University of Twente receiver in the Netherlands, I saw a faint carrier from the North Carolina transmitter. It’s probably too early in the season to decode from such a signal, but, if you are in Europe (especially northern Europe), check this broadcast as winter approaches.

This weekend’s broadcast will be all MFSK32 except for one news item in Olivia 16-1000. If your reception condition results in errors with the MFSK32, the Olivia 16-1000 might have fewer errors.

Thank you for your reception reports for last weekend’s broadcast. I am now compiling the MFSK image gallery from program 181, and hope to begin sending it out later today. 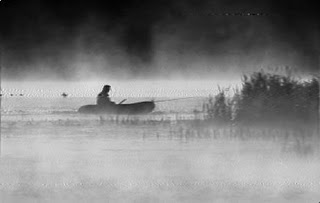 VOA Radiogram will be all MFSK32 again this weekend. We have found that MFSK32 provides a good combination of speed and performance in typical shortwave conditions. And MFSK has the added advantage of being able to transmit images. However, if you would like more variety of modes on VOA Radiogram, even if it means the occasional need for a manual mode change, let me know.

This weekend’s program will include more ASCII art after the closing announcement.  Use a monospace mode such as Courier, and maximize Fldigi, for best results.

And, at the very end of the show, after the closing music, Flmsg will trigger a video. If you don’t already have Flmsg installed, you can download it here. To make Flmsg work with Fldigi, in Fldigi: Configure > Misc > NBEMS > under Reception of flmsg files, select Open with flmsg and Open in browser, and below that indicate where your Flmsg.exe file is located – probably somewhere in Program Files(x86).

Thank you for your reception reports last weekend. I am compiling the gallery of MFSK32 images and hope to send it out soon.

VOA Radiogram this weekend will be all MFSK32, thus suitable for unattended reception. There will be ASCII art after the closing announcement. Use a monospace font such as Courier for best results.

Thanks for your reception reports from last weekend. Good to see that the images are again unslanted!  I am now sending the MFSK image gallery for program 179, and hope to have all of them sent before the first show Saturday at 0930 UTC.

I've never seen this many tropical features active all at once.  I believe there were seven in the Atlantic and central Pacific at one time a few days ago.

The Hurricane Watch Net has (HWN) has announced plans to activate for Tropical Storm Hermine at 1400 UTC. The storm is expected to develop into a hurricane before making landfall on Florida’s Gulf Coast. The net typically operates on 14.325 MHz until nightfall, then moves 7.268 MHz for the remainder of the evening. Given current band conditions, however, the HWN will be active on both frequencies simultaneously. The net will remain in operation until further notice, HWN Manager Bobby Graves, KB5HAV, said.

“It seems we’ve been tracking this system, which began as a tropical disturbance, for nearly 2 weeks,” Graves said. “Yesterday, this system finally became Tropical Storm Hermine. It is expected to make landfall late Thursday evening or early Friday morning as a Category 1 Hurricane somewhere between Panama City Beach and Cedar Key, Florida…of course, this could change.”

As of 1200 UTC, Hermine was reported strengthening. It’s located about 235 miles west-southwest of Tampa with maximum sustained winds of 65 MPH, moving north-northeast at 12 MPH. A Hurricane Warning is in effect from the Suwannee River to Mexico Beach. The NWS said interests along the US East Coast should monitor the progress of this system.

Graves said the HWN would be available to provide back-up communication to entities such as emergency operations centers and Red Cross offices in the affected area. “We will also be interested to collect and report significant damage assessment data to FEMA officials stationed in the National Hurricane Center,” he added.

Florida's Emergency Operations Center is at full activation, and evacuation shelters are on standby.

ARRL Pacific Section Emergency Coordinator Clement Jung, KH7HO, said the National Weather Service (NWS) will activate SKYWARN for Hurricane Lester at 1800 UTC on Saturday, September 3, continuing until midnight on Sunday, September 4. All four Amateur Radio Emergency Service (ARES) districts on the Big Island of Hawaii remain in active status for Hurricane Lester, to support each other and served agencies. KH6SW remains on the air from the NWS Honolulu Forecast Office on HF, VHF, and UHF.

The NWS reports that a weakening Madeline, now a tropical storm, was passing “well south of the Big Island,” with maximum sustained winds of 50 MPH, but the storm was dumping a lot of rain on the Big Island, and a flood advisory was in effect for some areas. Predictions call for up to 10 inches of rain, and possibly more. A SKYWARN activation for Madeline has been discontinued.

Hurricane Lester, now a category 2 storm, continues its westward movement toward the Hawaiian Islands. As of 0900 UTC, Lester was some 800 miles east of Hilo and 1030 miles east of Honolulu, boasting maximum sustained winds of 110 MPH. The storm is moving at 14 MPH. Some weakening was forecast through late Friday. No watches or warnings are in effect.

Public schools in Hawaii remained closed on September 1, and Hawaii Gov David Inge has urged residents of the Big Island to take steps to protect people and property. Some government offices and businesses also have closed. A dozen schools have been designated to serve as emergency evacuation shelters.