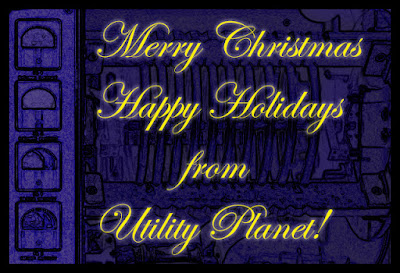 
This note provides details about VOA Radiogram for the holiday weekends of 24-25 December and 31 December-1 January.

The program for 24-25 December (program 195) is a holiday "spectacular."  It will all be in MFSK32 and will include 11 images of holiday lights from around the United States.

The show on December 31-1 January will return to the normal format, with one news item in Olivia 64-2000, which might be helpful if reception is poor.  Olivia 64-2000 works best if Fldigi's squelch (SQL) is off.

Thanks for your reports from last weekend.  I tried a new system in which I prepared a "QSL" card for each transmission, each consisting of four images decoded by listeners, and sent those soon after the broadcast.  They are not as comprehensive as the gallery of all decoded images, but the cards do let me respond to your emails on a more timely basis.

If you can take some time off from your holiday celebrations, I hope you can tune in and write in this weekend.

Best wishes for the holidays and the new year 2017,

Hopefully the annual Christmas message from this rather extreme method of generating RF will take place this year.  From ARRL Letter:

"Since the plant is old, there is always the risk that the transmission will be cancelled on short notice," the Association said in an announcement. Repairs following an early October fire in the long-wave antenna (attributed to arcing) had put this year's Christmas Eve transmission in jeopardy. Dating from the 1900s, the Alexanderson alternator -- essentially an ac generator run at extremely high speed -- can put out 200 kW but typically is operated at much lower power. Once providing reliable transatlantic communication, it is now a museum piece and only put on the air on special occasions. It was built in the 1920s.

Christmas Eve activity will also take place on Amateur Radio frequencies from SK6SAQ on or about 7.035 and 14.035 MHz (CW). Send reception reports of SAQ or SK6SAQ. -- Thanks to Lars Kalland, SM6NM
Posted by BlogAdmin at 16:44

Apologies for not including Kim's images. You can see them on the VOA Radiogram web site.  They were the result of last week's "interesting" propagation, including grey line paths and general solstice weirdness.

Near-winter-solstice propagation has made reception of VOA Radiogram more problematic, especially in the higher frequencies (15670 and 17580), while opening up opportunities for reception south of the Equator.

In  recent weeks, the Saturday 0930 UTC on 5865 kHz show has delivered a signal to Europe via the gray line, though usually not good enough for successful decoding. If you are in Europe, keep trying this transmission, at least into February.

For European listeners, this time of year the best opportunity for reception might, ironically, be the Sunday 0230 UTC broadcast on 5745 kHz. It's nominally beamed to the Caribbean, and in the middle of the night in Europe. Audacity's timer record feature can be helpful here. Just leave your radio on all night -- and sleep well!

This weekend's VOA Radiogram has some interesting items, including a story about the future of US international broadcasting, including VOA. If reception is difficult -- a likely scenario -- one item is in Olivia 64-2000. It might decode successfully even if you can barely hear the signal through your speaker or see it on the waterfall.

For best Olivia 64-2000 performance, turn Fldigi's squelch (SQL) off. And to keep the center audio frequency from wandering, Configure > IDs > RsID > turn off Searches passband. Set your audio frequency to 1500 Hz, and it will wander no more than +/- 200 Hz.

Thanks for your reception reports -- and reports of attempted reception -- from last weekend.

The past few weeks I've been especially busy with my pesky audience research job at VOA. But, now, with some holiday time off, I hope to answer many of your recent emails. 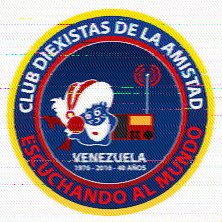 An Amateur Radio special event on December 11 will commemorate the 95th anniversary of the first transatlantic shortwave reception between Greenwich, Connecticut, and Ardrossan, Scotland. ARRL, the Radio Society of Great Britain (RSGB), and the Radio Club of America (RCA) are partnering in sponsoring the activity. The Greenwich Historical Society will also participate.


On December 11, 1921, a radio signal transmitted from the location of 1BCG in Connecticut, was heard in Scotland by Paul Godley, 2ZE, during the second ARRL transatlantic tests. The special event will use N1BCG, the call sign of Clark Burgard of Greenwich, a radio history buff who was instrumental in making arrangements for the event.

The event will include an attempt at a two-way contact between N1BCG and GB2ZE in Ardrossan.
Posted by BlogAdmin at 14:20

Another one bites the dust.

This isn't utility, but if you grew up with RA's slushy music ruling the Pacific, it feels like it ought to be.  You know, like part of the infrastructure.

I'm glad I'm not a broadcast columnist.  We'll be down to Brother Stair soon.

The ABC will end its shortwave transmission service in the Northern Territory and to international audiences from 31 January 2017.

The move is in line with the national broadcaster’s commitment to dispense with outdated technology and to expand its digital content offerings including DAB+ digital radio, online and mobile services, together with FM services for international audiences.

The majority of ABC audiences in the Northern Territory currently access ABC services via AM and FM and all ABC radio and digital radio services are available on the VAST satellite service.

“In considering how best to serve our Pacific regional audiences into the future we will move away from the legacy of shortwave radio distribution,” Ms Marshall said. “An ever-growing number of people in the region now have access to mobile phones with FM receivers and the ABC will redirect funds towards an extended content offering and a robust FM distribution network to better serve audiences into the future.”


Yeah, right.  Let's see them hit every cell phone on every isolated island in the Pacific with "a robust FM distribution network" or satellite receivers.  Silly. 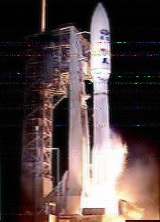