This huge storm is what happened to a super-typhoon when it got farther north and picked up energy from the jet stream and another cyclonic storm.  It's one of the biggest storms ever seen.  It's way bigger than Sandy, though fortunately the affected area is far less populated. As of this post, damage has been limited to some islands, and there are no known fatalities.

I'm especially fond of the single deep fade (fuzzy vertical line) which appeared almost exactly as the storm center was being transmitted.  It's almost as if the storm is saying, "Don't mess with me; I'm so bad I can even zap your picture."

Below, we see the chart in a smaller version.  Clicking through to it, then doing "View Image" (or whatever your browser calls it) will bring up the whole original.  It is huge.

Note the densely packed isobars and the large hurricane-force wind field.  The central pressure is not concentrated in an "eye" the way a hurricane would do, but it is still among the lowest recorded in this region.  The 944 showing on this chart is close to where Andrew measured.

The pressure later dropped to an ear-popping 924 or thereabouts. No one hung around, and there were no instruments to make a definitive reading.  Still, the estimated pressure makes the storm a contender for strongest ever recorded in the Bering Sea.

Also note the extremely wide geographic area under influence of the storm, plus the very long cold front stretching all the way through the temperate latitudes. This goes stationary only a few degrees north of the tropics. This front may influence California weather sometime next week, as it moves up and over the Pacific High to the lower right.  The storm's effect on polar latitudes is forecast to bring an early winter to much of the US. 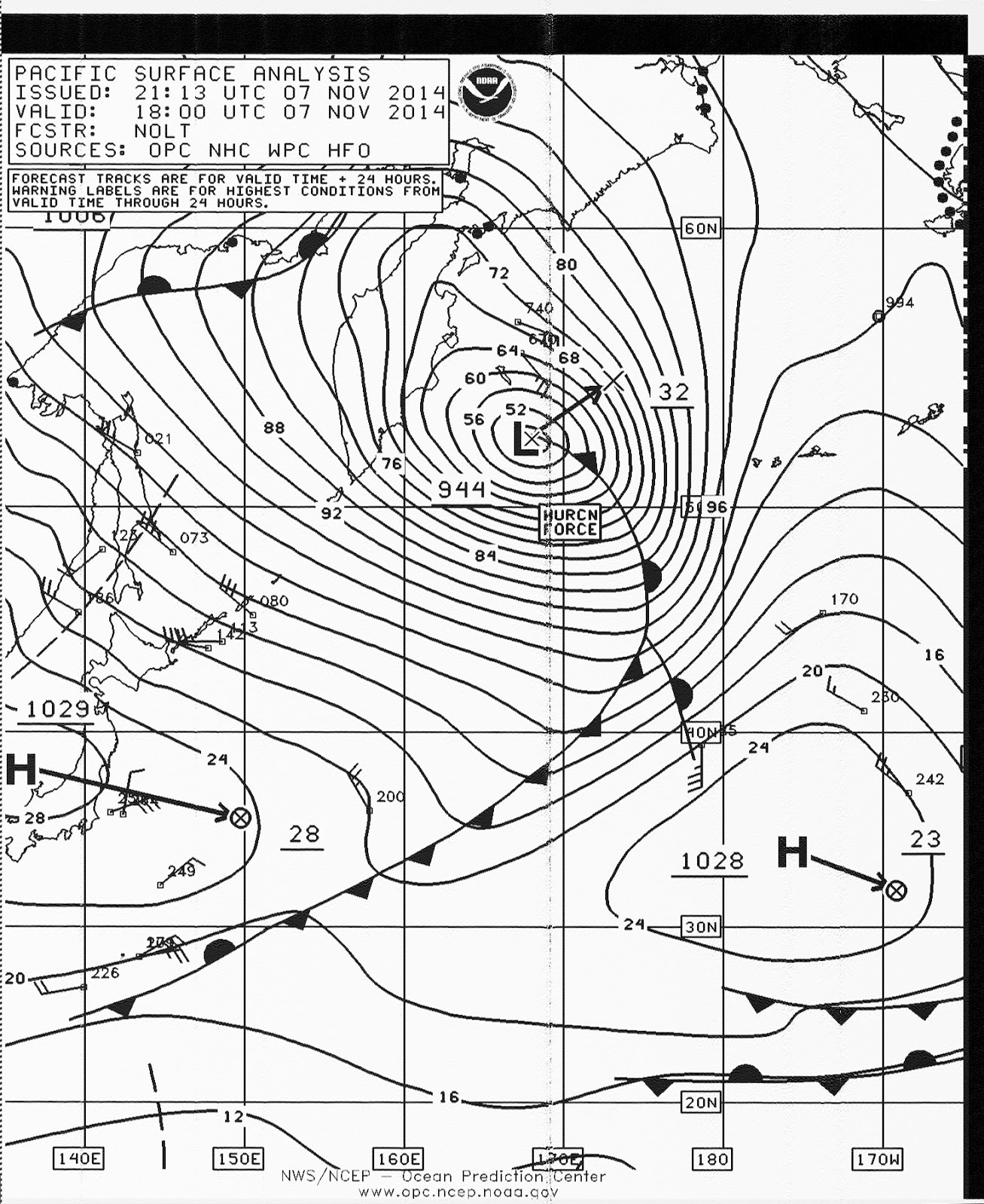