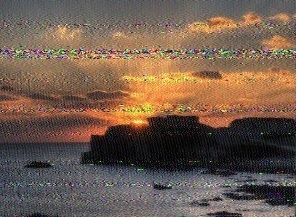 The B16 HF broadcasting season began on 30 October. Many shortwave broadcast frequencies were changed on that date. The only change for VOA Radiogram is the Saturday 0930-1000 UTC broadcast which will be on new 5865 kHz as of Saturday, 5 November. This transmission is usually heard in Australia and New Zealand and sometimes in parts of Asia. And listeners in Europe should be on the lookout for this 5865 kHz as the hours of darkness increase in the northern hemisphere. All other VOA Radiogram frequencies are the same: see the transmission schedule below.

Shortwave propagation should have recovered by this weekend, but just in case, one VOA News story will be in the Olivia 32-2000 mode. The RSID should automatically change your mode, but if not, Olivia 32-2000 requires a custom setting, i.e.: Op Mode > Olivia > Custom > Bandwidth: 2000, Tones: 32. A quick way to do this is to use one the Fldigi macro buttons below the transmit pane, with this code: <MODEM:OLIVIA:2000:32>.  I will provide 15 seconds after the Olivia 32-2000 RSID in case a manual change is required. Also, for successful decode of the Olivia 32-2000, turn the Fldigi squelch (SQL) off.

No one heard the “mystery transmission” last weekend before and after the 1600-1630 broadcast last weekend. You might try again this weekend, even as early at 1540 UTC, before the North Carolina transmitter turns on its carrier on 17580 kHz.

The Mighty KBC will broadcast to North America Sunday, 6 November, 0000-0100 UTC only (8-9 pm EDT) on 6145 kHz, via Germany. A minute of MFSK32 (repeated from the previous weekend because of the poor propagation) will be at about 0030 UTC. Reception reports to Eric: themightykbc@gmail.com .

Thanks for your reception reports from last weekend, even if only to let me know that you heard no signal due to the poor propagation. I’m now compiling a gallery of the Alderney images and hope to begin sending them out this weekend.