This fuzzy chart was received late last night in SoCal, around 0800 UTC, on 9165 kHz USB (assigned channel center). It shows the plotted and forecast path of Super Typhoon Nida, a monster with a well-developed stadium-effect eye and 145 kt sustained winds around it. 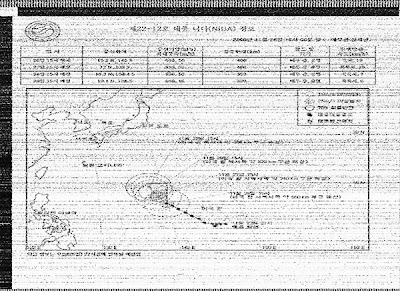 Happy Thanksgiving, all!
Posted by BlogAdmin at 10:59