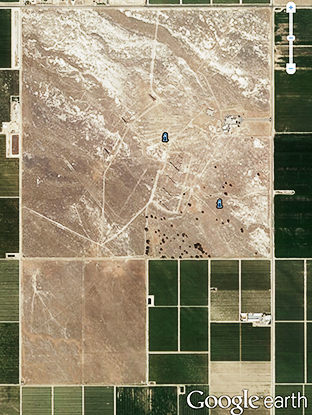 Your neighbors are farms, several small state prisons, and a couple of recently sold parcels owned by developers.  Quiet for audio and RF.  Plenty of room for remote link antennas to allow ham radio use of the remote site from a home QTH in the noisy city.  Also room for tennis court or swimming pool.

Now let's get serious: the hobby has an incredible opportunity here.

The United States GSA will take public interest inquiries first (possibly including the aforementioned museum use, don't know).  Absent these, it will then put the property up for competitive bidding.  Presumably, the cost should not greatly exceed that of a mansion in Los Angeles, and there are certainly far fewer antenna restrictions.

Full information is at this government web site.